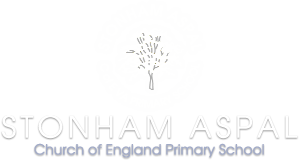 This procedure is available on request to the parents/carers (parents/carers) of students of Stonham Aspal CEVA Primary School. While students may, themselves, raise concerns and complaints under this policy and procedure, the school will involve parents or carers should this occur. Please see the information for parents and carers in the SEND area of our website to find out additional information about support for SEND and complaints procedures linked to SEND concerns.

The School expects that most complaints can be resolved informally through discussion with the Head  or Class Teacher.

If informal procedures fail to resolve the issue, a first formal complaint about any matter aside from the above mentioned exception, must be submitted in writing to the Headteacher and will be dealt with under this Complaints Procedure. The letter should be submitted to the Headteacher with exact details and nature of the complaint and how they expect their complaint to be remedied. At this formal stage:-

Should the matter remain unresolved at this point, a further letter explaining the exact details and nature of the complaint and how they expect their complaint to be resolved should be submitted to the Chair of Governors. At this final formal stage:-

If the complainant remains dissatisfied with the outcome following the application of the procedures outlined above, then they should make an appeal in writing to the Appeals Committee.

If the complaint remains unresolved after the exhaustion of all the above, the complainant’s only recourse thereafter is to the Local Authority.

Every complaint shall receive fair and proper consideration and a timely response. The School will do all it can to resolve the concern and to ensure that parents/carers remain confident about the quality of education their child receives at the School. Parents/carers can be assured that all complaints and expressions of concern, whether raised informally or formally, will be treated both seriously and in confidence.

The School Complaints Procedure will:

The School will be clear about the difference between a concern and a complaint. The School will take concerns seriously at the earliest stage to reduce the numbers that develop into complaints.

In general, most concerns and complaints should be satisfactorily dealt with at the informal or first formal stage of the above mentioned procedures.

This evidence will be considered by the Appeals Committee, along with the initial submission that was lodged by the parents/carers.

For further information please use the link below

Gov.uk  - How to Complain about a School

For information about SEND please see the SEND section of our website.